SB Rosa releases his new music video from his song “Cut Throat”. The video was done by Braj, myself and was taken at SB Rosa’s birthday show which was hosted by our friends in Pink Tacos. This show featured some familiar artists including Chubnacio and $hijo Camp. 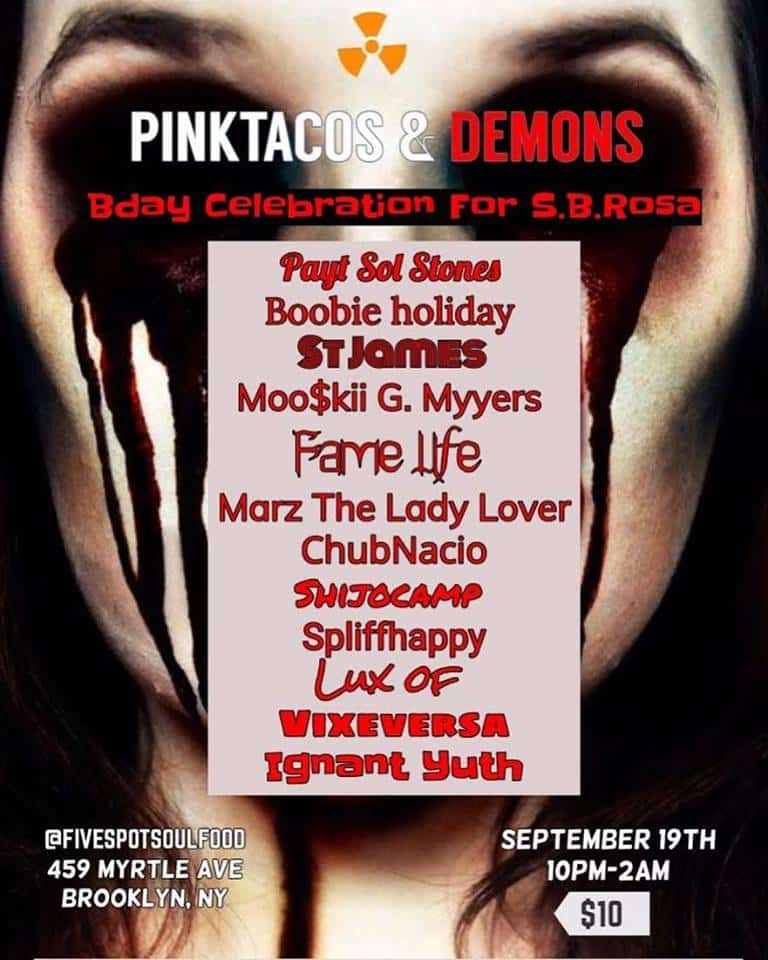 In the video, all the support that Rosa is getting seems to quite clear. Even the New York legend, Nick Prosper came out to support (he can be seen on the stage next to Rosa throughout the video). The song is a great embodiment of Rosa’s style of fun music with catchy lyrics mostly about trapping. But Rosa’s energy is spread throughout the room with friend after friend of his on stage jumping along to his music. Outside of the camera that same energy was resonating and Rosa’s fanbase really showed. His consistent hard-working attitude with top quality work leaves a lot of opportunities open. And with the tasteful amount of nsfw tattoos, it’s probably safe to say Rosa isn’t looking to stop any time soon.