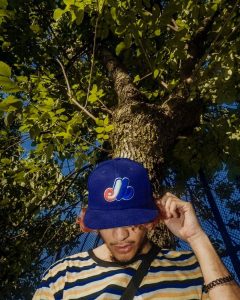 After following Brian for the past year and a half or so, I’d always wanted to work with him. And Brian is one of those guys who’s just grateful for the position where he’s at in life and seems so humble and chill. Luckily after talking with him throughout our time following the artist, we were able to release his first music video for , “What’s Next” Dir. Useless FILMS. We were making numerous attempts to do an interview in the past but schedules would tend to always clash or something else would get in the way. But we finally did it (with the help of @dmnckalxndr).In this interview Brian finally opens up on so much. He dives into some of his strengths and weaknesses. Touching on strengths like his versatility and live show performance while realizing there are certain aspects of himself that he wishes to improve, namely his image. Brian also goes deep into the process behind his music video that was shot on Easter. From here on out Brian made it clear that he is out to dominate the music world committing himself to having name spread far and wide “everywhere”. But check out the interview in it’s entirety down below!