Watch Spliffhappy open up in our heart-to-heart below:

Over the past year anybody involved in the NY Underground Trap Scene was bound to hear about Spliffhappy. Whether it be from a local show he was performing or someone blasting his music in their Instagram story, people are all over his work. The buzz around Spliffhappy seems to be fairly contagious, pair that with impressively hype music the artist puts out and it’s no wonder that this interview was necessary. After a long time of trying to set up this up, with the help of @dmnckalxndr we were finally able to get the inside scoop. 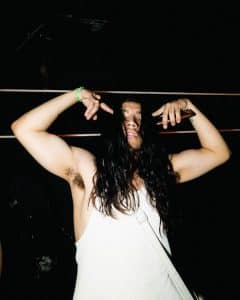 Right off the bat Spliff makes it clear that he is no different from any other “regular degular” kid. Surprisingly Spliff even went as far to say that all his music is freestyled with no giant preparation process by the sounds of it. He really just speaks his mind when and when he finds the right beat, it can truly be a dangerous combination. But even then having good music in this day and age can only take you so far. Although with all the shows Spliff has been a part of and the notable KrimeLife Ca$$ feature he scored, Spliffs numbers have been on the rise and don’t seem to be slowing any time soon.

Seeing an artist grow as quickly as spliff can really be mesmerizing. But it begs the question, what inspires all this work? Spliff mentioned listening to larger artists growing up, like Justin Bieber (of all artists) who have been able to initially excite this soon-to-be artist. Seeing people like that succeed and having an older brother dedicated to making music endlessly, made spliff realize that there’s really nothing stopping him from creating his own flavor of sounds.

Spliff’s brother certainly isn’t the only member in his family that shaped who Spliff is today. He touches on a less than ideal upbringing where Spliff spent most of his younger days worrying more about survival than anything else. Without getting too deep into his personal life Spliff also mentioned his mother who seemed to suffer from depression among other things. All of this led to Spliff maturing at a young age. Perhaps some of those rough times in his early life is what brought him the courage to drop song after song anymore.