I didn’t think I’d be discussing the pervasiveness of racism in American society while making dinner the other night, but sometimes that’s the way things go. INDICA had a lot on his mind, and so did I. 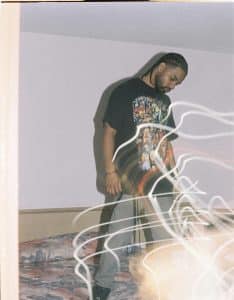 This interview was done on February 1st. He’d just released INTOXICATED, the first single off his upcoming EP, RETROMODERN. Brian Delaney over at Tommy Boy Records, the label he’s releasing the new project with, introduced us. I knew Brian from when I interviewed The LOX’s Sheek Louch a few years back for Verge Campus, and it was nice to reconnect.

I hopped on the phone with INDICA a few hours after the new cut released. As I peeled potatoes and chopped onions, we discussed his current & past efforts, whether we live in a simulation or not, and the lasting effects of racism.

So one of the first things I heard about you is the Kid Cudi album, Indicud, inspired your name. Given that it was Cudi’s birthday a few days ago, I’d like to hear about how he’s inspired your musical and personal development.

“I think Cudi is my number one vocal & image inspiration. I just love how he gives his messages in his music, and his melodies are like nobody else’s. It’s timeless, his beats aren’t trap beats or typical rap beats; they’re different, but I don’t know how to describeit. Without Cudi I’d sound totally different for sure.”

How did you get to know Brian over at Tommy Boy Records, and what’s that experience with him been like?

“They hit me up through email, and then I met him at South by Southwest last year. They invited me to their artist showcase, and a few months later, I just kept in touch and made the deal to do an EP, which will come out in March.”

Tell me more about the EP. I heard the new single & I really liked what I heard.

“It’s called ‘RETROMODERN.’ It’s called that partly because 80’s sounds and vibes inspired it. I was watching Scarface one day and I started to think about how much I hated the score. I thought it was terrible.”

“After a while, though, I realized that it wasn’t really terrible; it just wasn’t like anything else I’d heard, which is why I didn’t like it at first. But then I listened to it again, and the vibe of the synths & drums really caught my ear.” 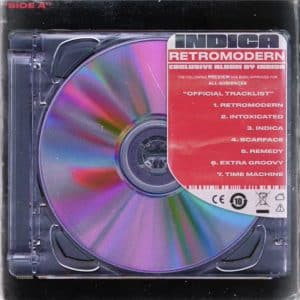 “I went for those sounds for the whole project and put modern vocals over it, with some auto tune elements. I was thinking about The Weeknd, cause he goes for those types of vintage sounds, those R&B beats. Those vibes were really what I was going for. I’m trying to combine that modern sound with an 80’s rhythm.”

I was reading an interview where you mentioned a project called Anxious Angel that was meant to come out December 2017. What happened with that?

“I call that the ‘Long Lost Project’ that only my fans would know. I put it out last year but I only kept two singles, ICONIC and PLACE, on streaming services. The only place the whole thing is out on is Audiomack.”

When I was looking through your Spotify, I saw the name Croosh pop up quite often. Tell me more about him; it seems like you’ve worked a lot recently, especially on your last project, RAGERS.

“RAGERS is kind of a joint project. I featured him on four of the tracks, and my friend Floyd on the other three. He had DMed me two years ago, around when I dropped my INDICA project. He hit me up saying he’d liked my songs and wanted to link up. “

“The first time we linked up we made CHOP TOP. He would just send me beats, or we’d meet at the studio. He has good trap drums, really bouncy bass, & nice kicks. He’s a great producer to work with, and I rap over his stuff really well.”

Earlier this year you tweeted about writing & doing creative direction for a Skizzy Mars track. How did you get to know him & get involved with that?

“He reached out to me on Twitter and we just kept in touch. He told me he liked my music, and especially enjoyed my island-influenced sound on certain tracks. He heard a song I made called Jugamos, and he basically took pieces from that song and made a new one with the same name.”

I was actually going to ask you about that one; what inspired you to make that sort of record?

“That was around when Drake dropped One Dance. That was the first track with Drake’s island-inspired sound, and I’d never rapped on something like that. I free styled that whole thing, and I only did it cause I wanted to make a Drake/Rihanna style song. I tried out that Jamaican/Island tone that I started doing after that, too. I like those drums, especially; they’re easy to rap on.” 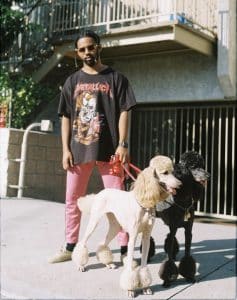 Why do you feel that isolation is key?

“I feel like it’s hard to navigate when you have five or more different people telling you what you should do. Even if you’re just hanging around with people doing similar stuff as you, you’ll lose track of what you want to do and second-guess yourself.”

“When you’re living alone you have to do everything yourself, and it forces you to focus inward. I feel like it’s key for everyone to be isolated at some point. You’ll go through a period of low lows & when you push through that you’ll become who you are, because you did it by yourself without having someone to guide you through it.”

“You can have people help you, but overall I feel like isolation, or at least feeling isolated, is key to progress.”

Do you believe we live in a simulation?

“Not literally, but we’re controlled by ‘Divide & Conquer.’ Everybody’s forced to pick a side, the powers that be pit everyone against each other, and it’s usually one person that’s giving you those two options. I feel like this country is going backwards; everything is controlled by division.”

Even though we want everything to stop, it’s probably not going to. What are you going to do while you’re here?

“Make a lot of money, cause that’s what everything is leaning towards. When people earn money, the system wants them to keep it. Making money would be the ideal situation to adjust to the climate.”

“I feel like everything is extreme, now. We had a good eight years with Obama, this calm, cool president, and now we’re having this extreme, Bush-esque era again. It’s worse now, but it’s that same energy.”

“I was thinking the other day about how periods of especially intense racism are not that far off in our history…the people that were involved in it are still alive. It’s hard to kill off [those sentiments] when the people from that time are around today. No matter how old they are, they’re still here.”

Stream INTOXICATED & more INDICA on Spotify & SoundCloud. Be sure to follow him on Instagram as well, and keep up with Masked Faces for more.